0
Items : 0
Subtotal : £0.00
View CartCheck Out
For all things Australia sign up here 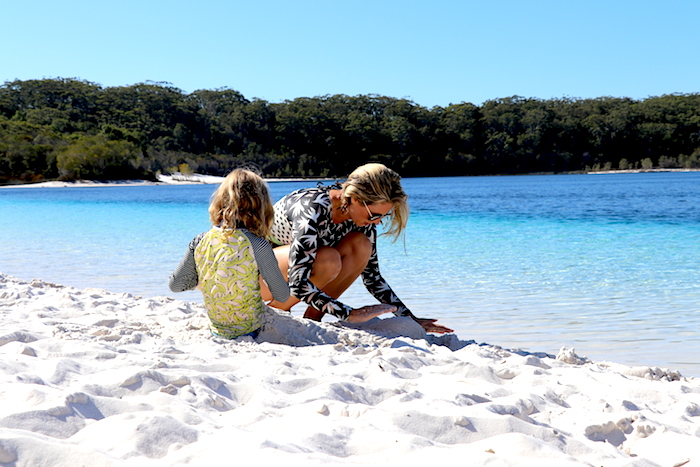 Moving to Australia was something I’d been thinking about for 10 years. I first visited Australia when I went travelling after University. I did the usual backpacking journey, lived out of a campervan, and had not a care in the world. It was a truly ‘awesome’ Aussie experience. But I always wondered if living in Australia with normal responsibilities would be as carefree. Would the grass really be greener on the other side? The good news is – it worked out better than I could ever of imagined.

And that’s why I launched this website. To motivate and inspire others who have the same thoughts, niggles, and dreams about a life down under!

Why did we decide to make the move?

Like many, we were fed up of the British weather. Bored of weekends spent trawling around shops, being stuck in traffic jams for hours, the daily grind taking priority, dreading Monday mornings, and you know the rest.

I’m not saying England is a terrible place. I love so many things about it; the countryside, the people, the culture, my parents, the magic at Christmas, and of course, the old English country pubs. But the country wasn’t making us happy any more. We just believed that there was something out there that would bring us more joy. So we agreed that if we were still moaning about life in two years, we would apply for a visa to move to Australia.

How it all unfolded

You guessed it – two years later we were still moaning (I totally get the saying ‘whinging pom’ – we did it so well). And if you’re not happy about something you have to change something right?

We applied for our visa and got it!!!!!! More about this another time.

So our visa was in the bag. But, we had settled into our newly renovated home with a one year old daughter. We had no jobs to go to down under, and had no idea where we would even live. There was a lot to organise!

Then one Sunday at my parent’s house, we were sat at the table having our traditional roast dinner – when after one too many glasses of vino we agreed it would be a great idea to book flights to New Zealand (where my mum is from), and then onto Australia to find our new life. So we did…..eeeeek! In hindsight this was probably a bit silly, as we still needed to sell our house. The pressure was on! Fortunately the house sold (even during a recession). We didn’t get the price we wanted – but to be honest, the move was never about money – quite the opposite.

We had to give our cat away (sad face) as we didn’t feel comfortable about putting him in a cattery for such a long period of time. Our wonderful neighbours took him in (we still miss him a lot). 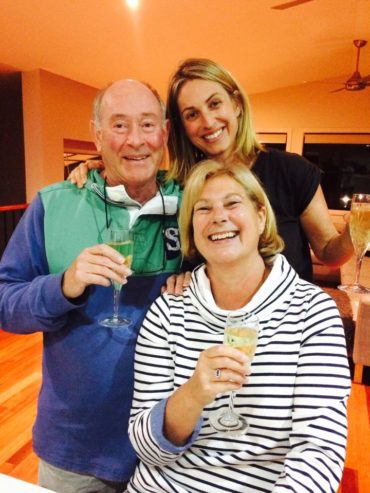 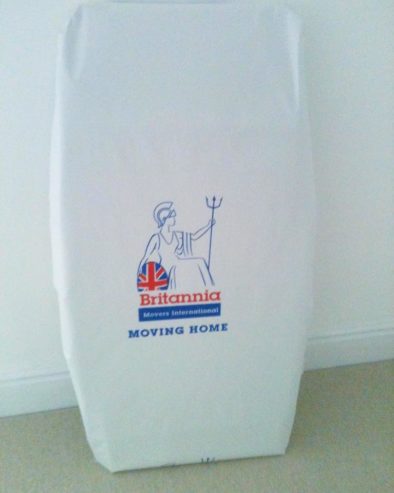 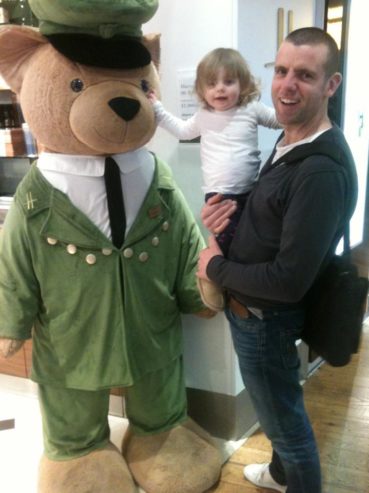 So that was it. The move was on. The shipping company came and packed our belongings. I’ll never forget them wrapping my bodyboard ready for the big move. I took a picture (a terrible one) which still makes me giggle, as it just seemed so exciting that finally I’d be able to use the thing more than once a year!

We arrived at Heathrow. It was really happening.

Our first stop was NZ with my parents. At the time they had decided to move from the UK also. They planned to live in NZ so we would be closer.  Sadly my Dad was not well when they returned, and they still live in the UK. I miss and love them dearly, but don’t regret the positive move for our little family. My parents visit each year which makes it all the more bearable.

We had 8 weeks in NZ with my parents. Then we flew on to Australia alone. Things became very real. The holiday was over. Reality kicked in. We were on a mission to find a place to call home.

Hotel rooms were expensive. The novelty of moving around with a toddler had worn off. I started to feel like Alan Partridge (something probably only the English will understand). We were ready to settle. We had a few moments of ‘what the hell are we doing’ – but we were not ready to give up.

Whilst staying with a relative who kindly took us in, a local organisation found me on LinkedIn and asked me to do some consulting work for them. The location was close to Byron Bay – somewhere I fell in love with whilst travelling.

Never in my wildest dreams did I think we would be able to live and work in the Byron Bay region. We just imagined we would need to be in the city where salaries were higher and jobs were more readily available. I think this was probably our biggest blessing in disguise. We wanted out of the hustle and bustle. We wanted ‘Home & Away’ on the beach style living. And that’s exactly what we got, and more.

One consulting role led to another – I set up a small marketing agency (which has now grown into a full scale marketing and web design agency working in partnership with my hubby). We got our daughter into the most amazing pre-school. She has just started school and we are so impressed by the education system and options we have locally. 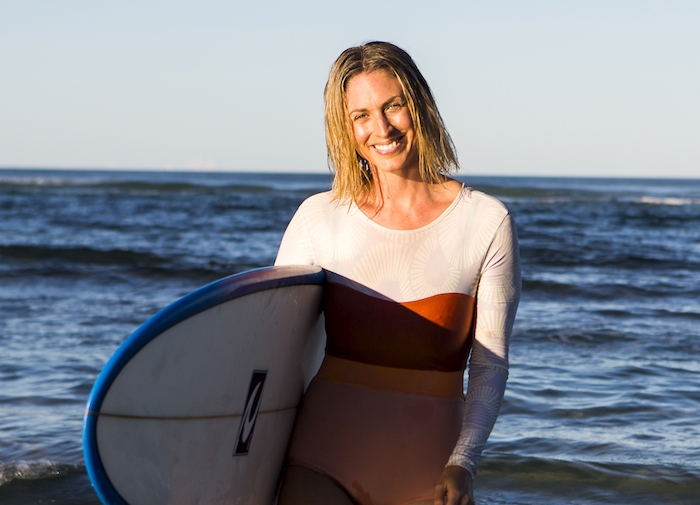 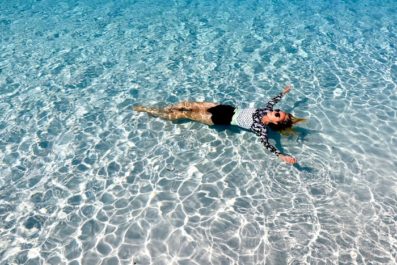 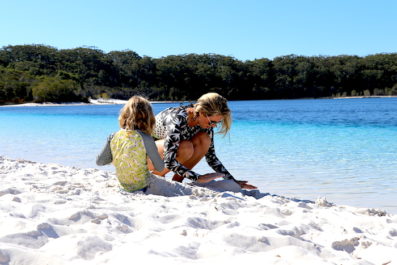 Honestly, I still can’t believe this is our life. I miss the UK less and less. I feel proud to live in Australia and I hope one day to become a citizen. The only thing I would change… is for my parents to be here with us. But sometimes these things just don’t go to plan – which is why we need to make the most of every day and every dream we have.

I am so happy that my child will grow up here, that the emphasis on our life is being together and experiencing what the world has to offer, and I’m immensely thankful for the laid back and positive people we have become such good friends with.

In Australia the concept of ‘give it a go’ has never been truer. People want to ‘give you a go’, and for this reason – you can set your own goals and head towards them with a real chance of making a success (no matter what ‘success’ looks like for you – I’m not referring to money here).

A lot of friends from the UK said they couldn’t believe we came to Australia with no jobs or home to go to. Many said they’d love to do the same, but were afraid of one thing or another.

They worry about the ‘what ifs’. What if I can’t get a job? What if I miss my family? What if the kids aren’t happy? What if I don’t make enough money? What if it’s too expensive?

My answer to this is….what if you die tomorrow? Did you do everything you wanted to? Did you give your dreams a real shot? Or did you let fear and money dictate your happiness? Sadly money is something that we Brits are far too controlled and restricted by. In the UK, these fears all felt totally justified and warranted. It’s only since moving to a country with a different emphasis on life that I can see this.

My biggest learning curve since moving here has been about money. I have earned less than ever. My husband and I both had well paid jobs back home. For the first few years here we really had no disposable income to mention (we didn’t need it to enjoy the beach). A lot of people are aware that housing and food is not cheap here. But honestly, we have never felt richer. It’s all relative. For a start we have no heating bills! We live in a gorgeous surf town. Our weekends are free!!!! We simply step outside and have the time of our lives. There is always something fun to do together. I feel like a millionaire – but I’m far from it. 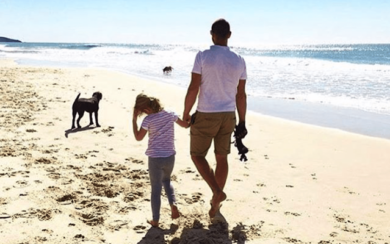 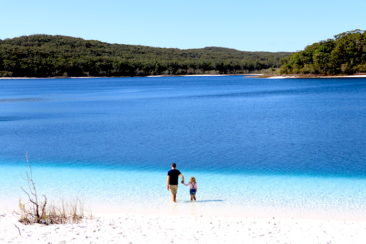 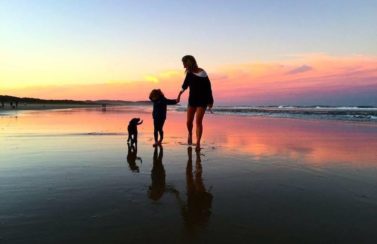 I won’t go on any more. But what I will say is this. We have met so many people who have made the move – and there are very few who regret it (in fact I can’t think of any). Yes, we miss our family. But life has become more fulfilling in general. It wasn’t easy at times. But totally worth every bit of effort.

If you have the motivation and the dream, then you can make a success of anything. Your dream can become a reality just like it has for us. So if you’re feeling the pull of Australia – then why not ‘give it a go’ in true Aussie style. You can always go back. But if you don’t try it – you’ll never know what could have been.

For the latest tips and advice on moving to Australia.

Welcome from the Editor 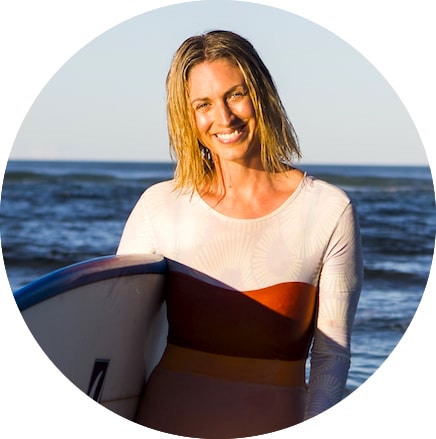 Welcome along. I’m Clare, Founder of Take Me To Australia. Having moved to Australia six years ago, I made it my mission to learn more about this epic country we now call home. As we travel across the country to unique destinations, we share with fresh eyes the most extraordinary places we are lucky enough to experience. We aim to inspire others to follow in our footsteps, live their absolute best life, explore what Australia has to offer, and even encourage people further afield to make a similar move.  We’ve grown a like-minded community of over 120,000 people. Be sure to join them by signing up to receive all the latest inspo, and connecting with us on Instagram and Facebook. See you soon. 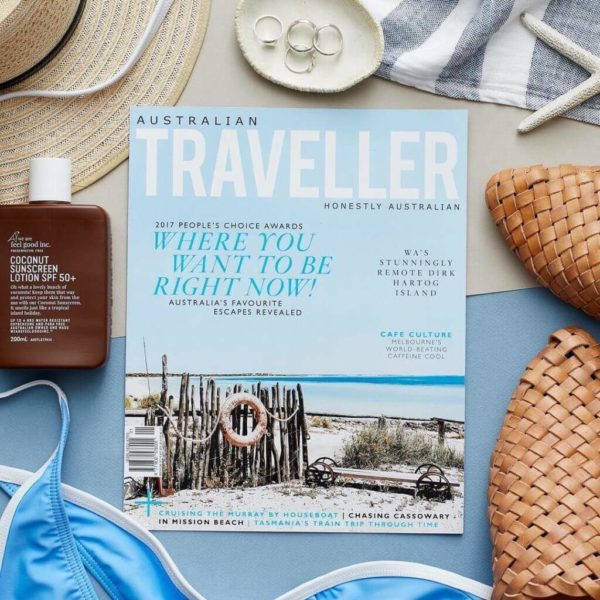 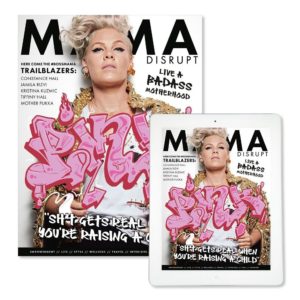 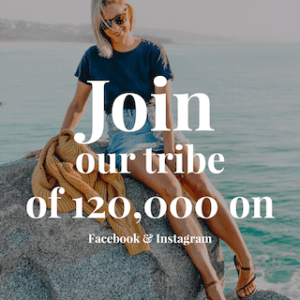 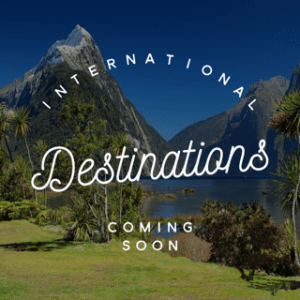 Looking to explore, or even move to Australia?

Sign up for free tips, advice and inspiration here...
Send this to a friend